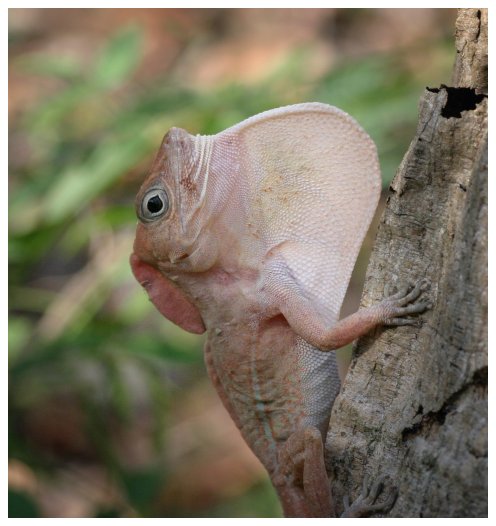 Why do animals possess exaggerated sexual signals, such as the dewlap on this big-headed anole (Anolis cybotes) from the Dominican Republic? Our lab employs observational, experimental and modeling approaches to tease apart these complex phenomena.

Sexual selection most often refers to the potentially disparate processes of male competition and female choice, and yet this topic has most often been investigated from a purely ethological or life-history perspective. Although these approaches have proven to be valuable, a more functional approach is increasingly emerging as an important paradigm for understanding sexual selection. Are males that are good performers also good competitors? Do females prefer males that are good performers? How does ontogeny affect the ability of males to compete, both with one another, and for access to females? Our approach has been to examine this issue using a combination of laboratory experiments, field demographic techniques, and functional techniques. Lizards in particular are excellent model systems for investigating this issue because of their often spectacular sexually dimorphic structures, such as the colorful throatfans and "badges" of males, and the fact that male lizards often compete intensely for access to territories.

Further, we are examining the process by which natural and sextual selection interact in the field with sexual traits and integrated performance traits. Understanding the selective basis of performance is acrucial step for evolutionary theory because selection is expected to operate first on performance, and only secondarily on morphology and behavior. We are utilizing a vareity of genetic tools to understand paternity, and its links to morphology and performance, as well as examining hormone levels. This work will therefore provide a mechanistic link between hormone expression, paternaity, and performance in nature. This work will also test the long-held belief that "good performers" should also enjoy high fitness within animal populations.

Featured in the book "Moths that drink elephant tears" by Matt Walker, NPR, Science News, the BBC, and many other media outlets.

Lailvaux S, Herrel A, VanHooydonck B, Meyers J, Irschick DJ. 2004. Performance capacity, fighting tactics, and the evolution of life-stage male morphs in the green anole Lizard (Anolis carolinensis). Proceedings of the Royal Society of London, B. 271:2501-2508.

Featured in the widely-used textbook "Evolution (2009)" By Doug Futuyma.